Wondering when the next London Barrio Fiesta will be held? The Philippine Centre, organisers of the event, announced that it’s set for Saturday 18th and Sunday 19th July 2009. As usual, it will be held in Lampton Park, Hounslow, TW3 4DN.

Let’s hope we don’t have a repeat of last year’s confusions after Hounslow council temporarily shut it down.

Update 16 July 2009: We’re starting to hear conflicting information about whether or not the event will go ahead. Some people are saying that Hounslow council have once again refused the health and safety permit; others are saying that it’s pushing through. We can’t verify what’s true at the moment because no-one at the London Borough of Hounslow could confirm this information when we called. They gave the number for John Laing Integrated Services, the contractor who’s responsible for park maintenance, but there was no answer.

We strongly suggest finding out for yourself before heading off the the Barrio Fiesta this weekend. Contact numbers below.

Update 18 July 2009: It looks like everything is set up and ready to go (see comment from Martin below). For those of you who’ll be there, have a great time and let us know how it goes.

A Phil-UK reader, Pow Belgado, asked me to let you guys know about the re-opening of the Bataan Nuclear Power Plant. As usual, posting these messages doesn’t mean that we endorse any particular viewpoint. Do your own research to keep informed about the issues.

The re-opening of the mothballed Bataan Nuclear Power Plant is a hotly debated topic in the Philippines. House Bill 6300, which is currently in the House of Representatives, seeks PHP 100 million pesos of our tax money for a feasibility study. Several studies over the past decades have already said that this is a dangerous plant to operate, and in one study that already cost millions of dollars they found 40,000 defects in this plant! Later on our Congressmen are going to ask for $1 billion dollars to refurbish the power plant. The BNPP’s tainted history is already a hard lesson on how the pursuit of nuclear power has been a gargantuan and unjust burden on Filipinos. Even now, with moves for its revival heralding what appears to be aggressive plans for a national nuclear program, nuclear power may become the altar upon which this country will bankrupt itself.

Nuclear power is the most dangerous, and most expensive source of electricity. It won’t help our country achieve energy security because it won’t lower the costs of power, and it won’t reduce our dependence on imported fuel. Nuclear power will also not solve problems like climate change.

One key solution to genuine energy security and climate change is Renewable Energy. Renewable energy is clean, safe and cheap. And the best thing about it is, we already have a Renewable Energy Law—so we don’t need to revive outdated technology like the Bataan Nuclear Power Plant to achieve our quest for energy solutions.

We must tell the congress we don’t want nuclear power!

If you want to tell Congress that you don’t want nuclear power sign in and we’ll make sure your message is delivered.

Your voice and those of your family, friends and colleagues will count!
Sign the petition TODAY! http://www.greenpeace.org/seasia/en/no-nukes/

James Pogson, a London-based British-Filipino photographer, wrote in to publicise his new project. Feel free to drop him a note if you’re interested in helping out.

Dear Phil-UK readers, my name is James Pogson, I’m a Brit/Filipino artist Photographer based in London. I received the 2008 Jerwood Photography Award and I’m currently exhibiting work throughout the UK and have been featured in several magazines.

I’m beginning a new photographic portrait project on Filipino Care Givers and Nannies around the UK. The work is a personal project that I hope will promote Filipino culture throughout the UK, especially within the Arts. For this, I need as many participants as possible to make this work, and I’m asking for your help. If you are a Care Giver or Nanny, or know of someone who is, please get in touch. My email address is [email protected] 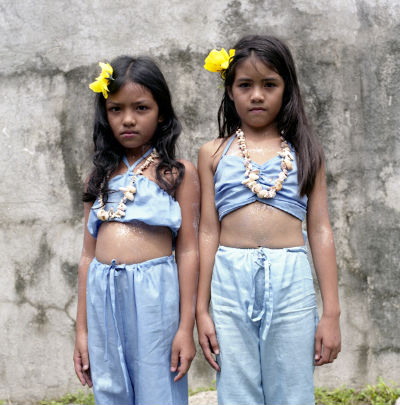 Here is an example of my work that I took at the Sinulog festival this year in Siaton, Negros Oriental. You can view my online portfolio at www.jamespogson.com

Thank You for your time, and I look forward to hearing from you!

A market research firm asked us to post this message:

Want to give your views on an issue that affects the Filipino community in the UK?

Analysys Mason is currently recruiting volunteers to give their views of telecommunications services for the Filipino community in the UK.

Any first or second generation Filipino who has lived in the UK for more than 6 months and owns a mobile phone.

We will be holding two sessions in central London, the first will be on Thursday 21st May at 7pm. If you can’t make that date get in touch and we will arrange a mutually convenient date.

There will be around 10 volunteers at each session, we will discuss (over light refreshments) the various methods used to contact friends and relatives in the Philippines.

Just send an email to [email protected] with the following details:

Please note: Phil-UK isn’t affiliated with Analysys Mason in any way. I’m just posting this in case any of you would like to earn some money in exchange for giving them your views.