This is the searing story of President Duterte’s bloody campaign against drug dealers and addicts in the Philippines, told with unprecedented and intimate access to both sides of the war.

Shot in the style of a Hollywood thriller, this observational film combines the look and feel of a narrative feature film with a real life revelatory journalistic investigation into a campaign of killings.

Gangster youths move through smoky nightclubs, armed police patrol in skull masks, and a solitary mortician waits in his warehouse for his next victim.

On The President’s Orders uncovers a murky world where crime, drugs and politics collide – and reveals a sinister truth about the nature of the ongoing slaughter on the streets of Manila.

No Data Plan is an experimental travelogue tracking the journey that Miko Revereza, a filmmaker from the Philippines who has lived undocumented in America for the majority of his life, took across the country last year – his every ordinary moment imperiled by his citizenship status. 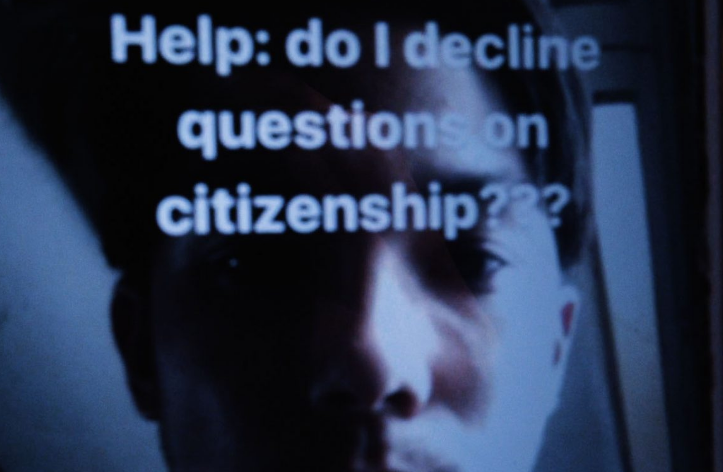 It is an amazing, unusual, personal and political film by one of the most interesting non-fiction filmmakers in the world right now – and assuming all goes well, Miko will join the Open City Documentary Festival, part of UCL Anthropology, at the screening to talk about it.

Miko Revereza’s No Data Plan, screening Fri 6th Sept at @OpenCityDocs, reflects on the millions of marginalised people whose every movement is imperiled – a travelogue of an altogether different kind.

Housewife is a short film in development by Curtis McMullan, a film student at Greenwich University in London. Based on his mother’s experiences, it tells the story a housewife who sells Tupperware to gain independence from a controlling husband.

Curtis ran a crowdfunding campaign in January 2017 to make a film for his final year project and was fully funded on February 5, 2017. The production is looking for a Filipina actress (someone in their 30s) to play the mother in the lead role.

For more information, please visit the indiegogo page at https://www.indiegogo.com/projects/housewife-a-short-film-feminism#/

The Apology is a film aiming to start discussion about Filipino women who were sexually exploited during WWII. It is showing at the Human Rights Watch Film Festival between 6th-17th March at the Barbican and Picturehouse Central.

“We are travelling all over to create a peaceful world. Not just for Korea and Japan, but for the world.” – Grandma Gil in film THE APOLOGY. History calls to them ‘comfort women’ but to many they are ‘the grandmothers’, a courageous group of women who refuse to let the Japanese government get away with the horrific crimes they committed against women in World War II. Their stories will inspire you, and challenge us all to ensure that history does not repeat itself. See THE APOLOGY @HumanRightsWatch Film Festival. 15/3 at the @BarbicanCentre & 16/3 at @PicturehouseCentral | #HRWFFLDN | bit.ly/2kth7MN

For more information about the event, please visit https://ff.hrw.org/film/apology-0

Another short film by by Jerrold Tarog.

CARPOOL from Jerrold Tarog on Vimeo.

Interview with the producers:

A short film about social awareness and education in the Philippines.

This message just reached my inbox and I thought I’d share it with you. The film looks like it’s worth watching. Trailer below…

I’m a UK-based Filipina writer/journalist and just wanted to alert you to an exciting new movie which may be of interest to the Filipino community. It’s called Surviving Evil and was written & directed by my husband Terence Daw.

There are two lead Filipino characters among the cast and the story revolves around a TV crew who land a remote island in the Philippines to film a survival special, but are soon fighting for their lives against creatures from Philippine folklore – the Aswang! The film has a strong storyline with believable characters, and among the cast is Hollywood actor Billy Zane, plus our very own Joel Torre from the Philippines! The film also stars beautiful UK actress Natalie Mendoza, who is herself half-Filipina.

There is a facebook fan page with pics and information at:
http://www.facebook.com/pages/Surviving-Evil-movie/45274215846 people can
sign uphere to be a Fan.

It’s very unusual to have an international movie set in the Phils, with strong Filipino characters, so I hope you’ll tell your Pinoy readers to rush out and get their copy of the DVD – which is out now in stores across the UK (WHSmith, HMV, etc) and can be ordered online via Amazon, HMV or Play.com. The DVD also has a ‘making of’ documentary which tells you how the project came about!